Developed by Siemens and Aucma in just one week, from design to sample production, intelligent disinfection robots will soon join the battle against the corona virus and other viruses in hospitals.

“What can I do to support the battle against COVID-19? I kept thinking about this question over and over again,” says Yu Qi, Head of Siemens China’s Research Group for Advanced Manufacturing Automation located in Qingdao. As China intensified its efforts to combat the virus during Chinese New Year holidays, he was trying to figure out a way to leverage cutting-edge technologies for virus control. 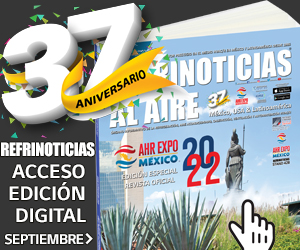 In the midst of an overwhelming amount of information about the ongoing epidemic, a piece of news caught his eye: Disinfection robots were urgently needed in many hospitals to free people from having to disinfect high-risk areas.

Yu Qi works at the laboratory for robotic applications co-established by Siemens and Aucma, where the focus is on developing special robots, unmanned vehicles, industrial robots, and intelligent equipment. While he was reading the news, an idea popped into his mind that gained immediate support from the management team and his colleagues: Create a new type of intelligent disinfection robot.

Everyone on his team was eager to participate in the anti-virus battle. “Hospitals and front-line staff need disinfection robots at this critical moment,” says Wang Kai, Mechanical Engineer at Corporate Technology China. “Let’s do it!”

With a broad mix of experience and expertise, the team of ten colleagues were confident that they could develop a new type of robot in a short period of time.

Most disinfection robots available on the market combine a petrol-driven mistorizer gun with an electric chassis. However, on-site refueling of robots is neither clean nor convenient. The team therefore decided to develop purely electric disinfection robots to better cater to the needs of affected areas.

Siemens and Aucma kicked off the project on February 7, shortly after the extended Chinese New Year holidays. Research and development colleagues at Corporate Technology China worked around the clock to optimize the concept with the hope of making their robots available to front-line hospitals as soon as possible. Meanwhile, the team strove for excellence under time pressure and overcame technical challenges one by one. Here are just a few of the challenges the team faced:

How should they integrate the control systems for mistorizer guns and electric chassis?

How could they maximize its sterilization impact with less disinfectant consumption?

How could they provide 360-degree coverage even in confined areas?

The design validation involved rounds of product tests and user feedback. Working from home, Siemens and Aucma teams kept in close contact via phone calls. “I made so many calls over that period that my phone ran out of power all the time,” says Sun Zhaojun, the Project Manager at Siemens.

Chen Rulong, an electrical engineer at CT China, was caught in heavy snow on his way to the Aucma assembly workshop for a product test. Despite the bitter-cold weather, he couldn’t wait to see the result.

Yu Qi appreciated the perseverance and dedication of the team. “We joined efforts to make our robots adaptable to different user scenarios,” he says. “Good products have to be easy to use.”

On February 15, in just one week, the team successfully completed their first disinfection robot!

Powered by a lithium battery, a robot with double mistorizer guns can disinfect 20,000 to 36,000 square meters in one hour. An omnidirectional camera platform on the top transmits videos and information in real time, coupled with an intelligent vision algorithm that allows the operator to remotely locate affected areas and prevent the spread of infectious diseases at low cost.

To make the robots operate easily on various road surfaces, the team adopted a caterpillar chassis instead of wheels to improve their ability to surmount obstacles surmounting and climb slopes.

With breakthroughs in both structural design and autonomous control systems, the team submitted two applications for national patents. The newly developed disinfection robots are ready to be launched and will soon be deployed in front-line hospitals to contain the spread of viruses. In addition, more robots will be delivered to schools, offices, manufacturing sites, and other public places to support the resumption of work and production.